It makes me shiver when I hear people propose street lights for Pearly Beach, under the misconception that it will help stop crime. 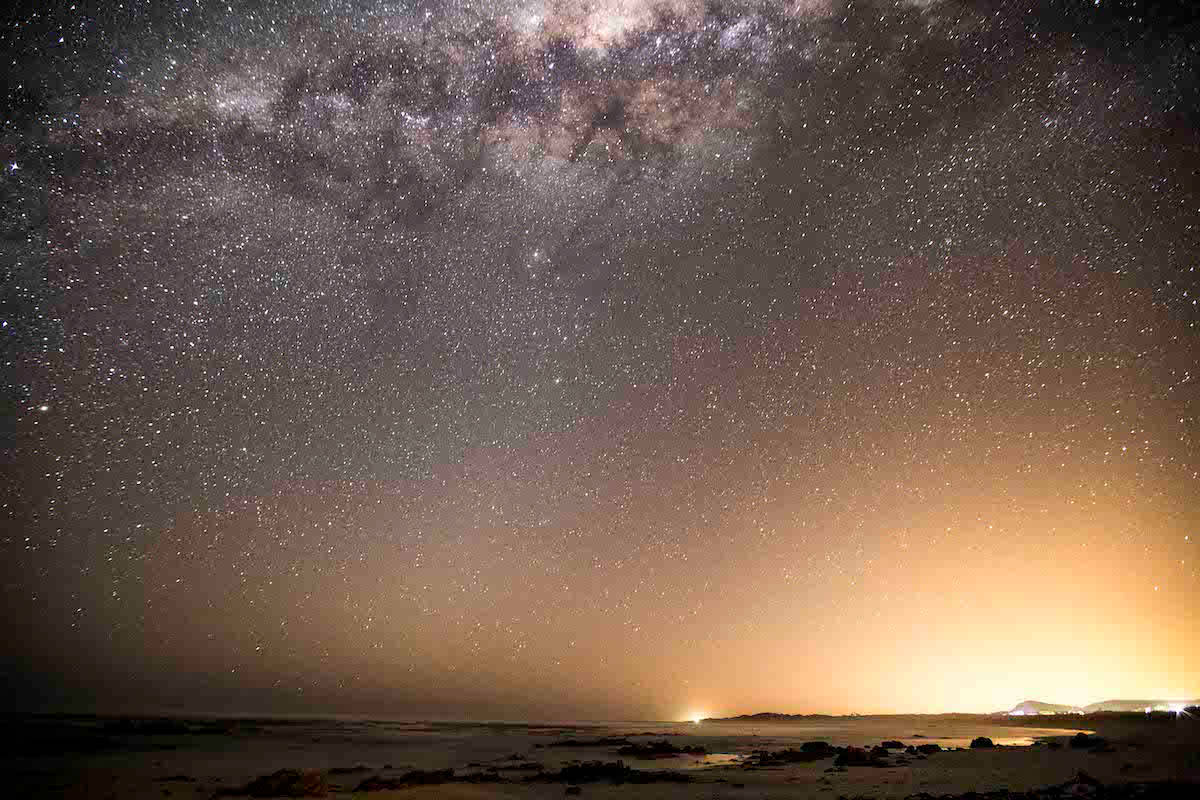 Better lighting by itself has very little effect on crime

Lighting improvements are in general more likely to have a positive impact on the public’s fear of crime than on the incidence of crime itself. In fact the criminal is more likely to benefit from improved street lighting, and if observed or disturbed disappearing into seemingly now much darker areas.

I am not a tree hugging, bunny loving environmentalist but I do understand the critical value of the natural world, having extensively studied ecological systems, specifically in this area.

Most of humanity lives under intersecting domes of reflected, refracted light, of scattering rays from over lit cities and suburbs, from light-flooded highways and factories. In most cities the sky looks as though it has been emptied of stars, leaving behind a vacant haze that mirrors our fear of the dark, and yet above the city’s pale ceiling lies the rest of the universe, utterly undiminished by the light we waste—a bright shoal of stars and planets and galaxies, shining in seemingly infinite darkness.

It was once thought that light pollution only affected astronomers, who need to see the night sky in all its glorious clarity, but like most other creatures we also need darkness. Darkness is as essential to nature’s biological welfare, as much as light itself.

We are only just understanding the consequences of our meddling with the natural world and only just realising that we are fundamentally connected to it!

From the human perspective for the past century or so, we’ve been performing an open-ended experiment on ourselves, extending the day, shortening the night, and short-circuiting the human body’s sensitive response to light. The consequences of our bright new world are more readily perceptible in less adaptable creatures living in the peripheral glow of our prosperity.

Nocturnal mammals such as Cape Grysbok browsing more cautiously under the permanent full moon of light pollution because they’ve become easier targets for predators. Insects cluster around streetlights, and feeding at those insect clusters is now ingrained in the lives of many bat species. Our local bat species potentially could be ousted by a light-feeding species, despite the fact that moths, a major nocturnal pollinator in the fynbos kingdom would be the predominant species attracted by the light and therefore the predominant predated species, potentially reducing fynbos diversity.

Could we lose the common Spotted thick-nee or the seldom heard Fiery-necked nightjar nocturnal chorus?

In a very real sense, light pollution causes us to lose sight of our true place in the universe, to forget the scale of our being, which is best measured against the dimensions of a deep night with the Milky Way—the edge of our galaxy—arching overhead.