A voracious predator, particularly of mussels.  Starfish have hydraulic tube feet used for locomotion and gripping prey, the feet, especially those at the tips of the rays, are also sensitive to chemicals, enabling the starfish to detect odour sources such as food. There are eyespots at the ends of the arms which respond to changes in light.

Starfish lack a centralized brain, but has a complex nervous system, the starfish does not have the capacity to plan its actions. If one arm detects an attractive odour, it becomes dominant and temporarily over-rides the other arms to initiate movement towards the prey. Starfish can also regenerate lost limbs and some species can regrow its entire body from a single limb. 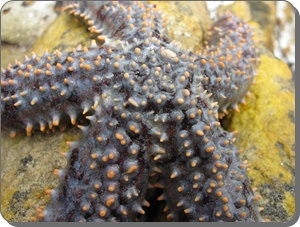 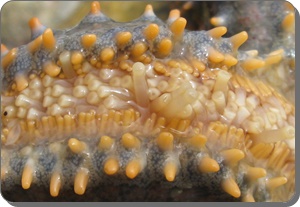 A sea swallow is a nudibranch floating upside-down on the surface water tension actively hunting bluebottles, employing the stinging cells of its prey for its own defence. 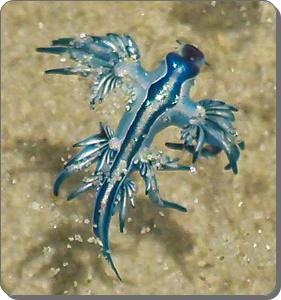 Same grouping as Bluebottles except its sting is mild and has no effect on humans. Note the tiny Sea swallow on the right.

Barnacle secretes its own flotation ball from modified cement glands, other barnacles attach to the float so that colonies form. 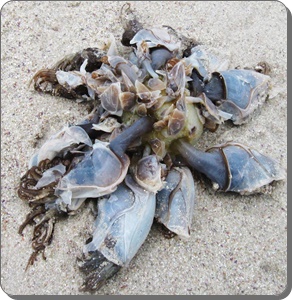 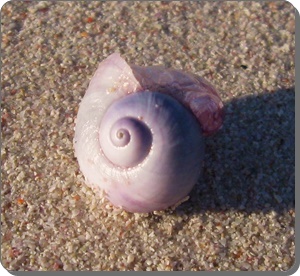 Bubble-raft shell or violet snail is often washed ashore with bluebottles on which it feeds, it floats upside down suspended by a raft of mucus-coated bubbles.

Also floats in the palagic zone, first noted by Columbus on his voyage to the West Indies. 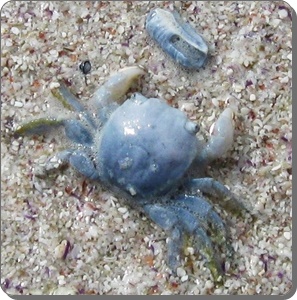 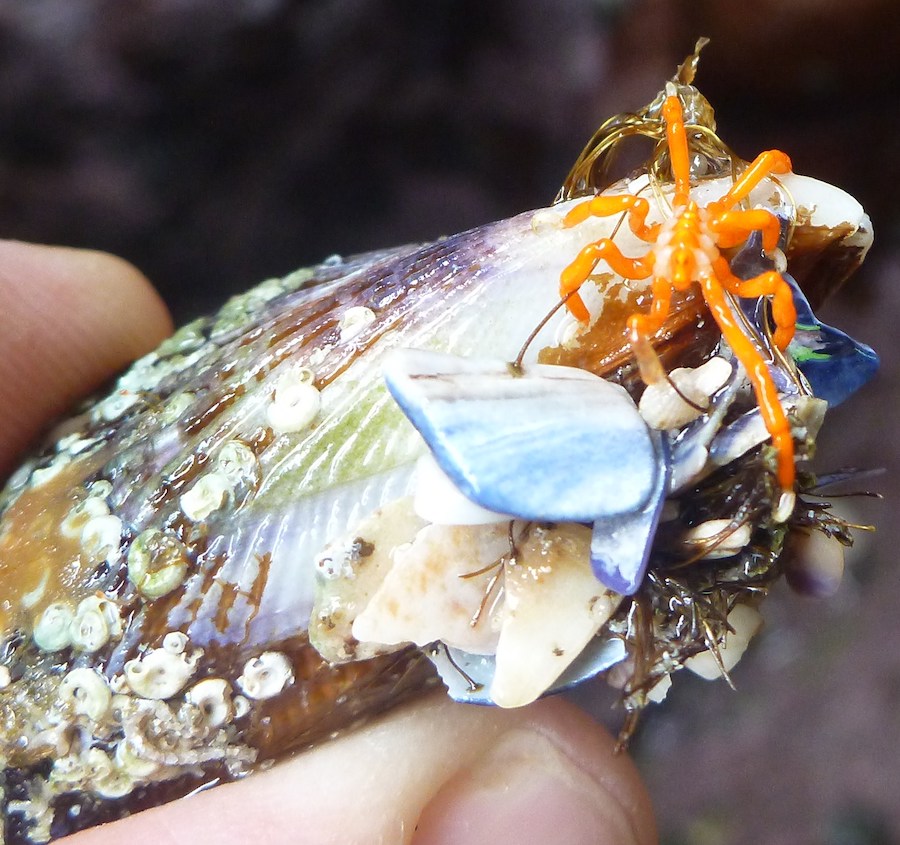 Sea Spiders have four pairs of legs but are not true spiders note the claw like ends of the legs for holding on in ocean currents.

Hydroids are colonies of numerous individuals a little like coral polyps, often as these are structured fern-like or feathery.

The Basket star comes from the Brittlestar group, this one washed ashore in a Kelp holdfast can grow 60 cm across. 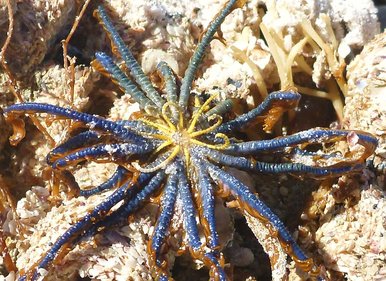 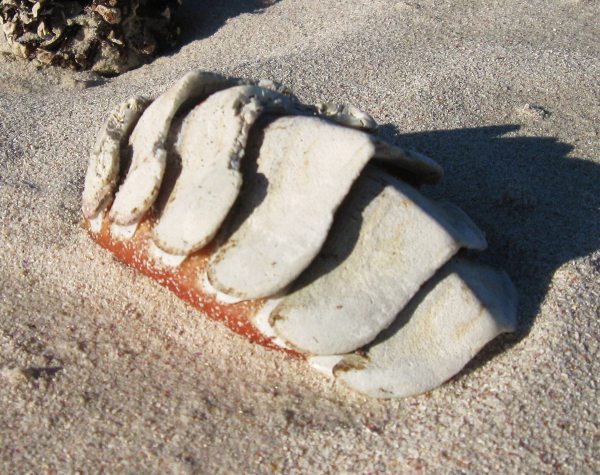 Giant Chiton (dinoplax gigas) or armadillo eight plated animal usually found half buried in sand or in crevices, grazes on mico algae at night returning to its hiding place by topographical navigation. 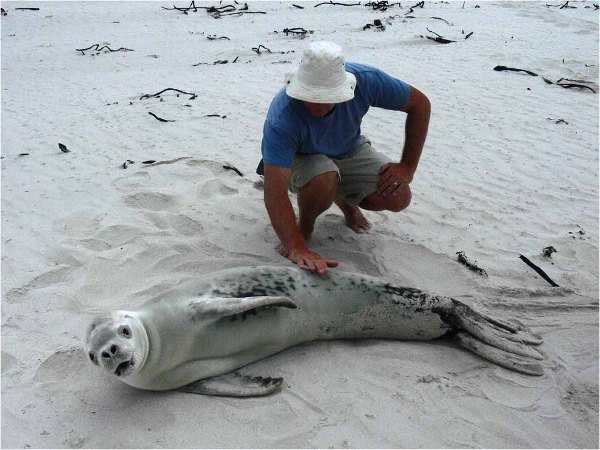